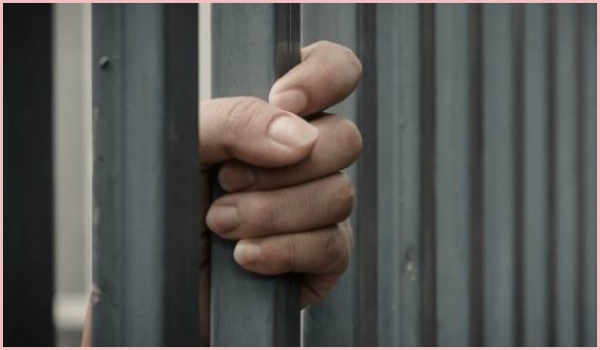 On 6 February, we reported the case of a woman from Namibia who was charged with murder, allegedly for using abortion pills to induce the termination her pregnancy, which was described as being in the last stage. The original media report said that the woman was taken to hospital because she was in great abdominal pain. It was then noticed that she was in labour. The report goes on: “…the nurses on duty while examining the lady noticed a tablet they identified as an abortion pill in the woman’s private parts.” The report concludes: “At around 12h00 she was given an emergency operation to try and save the baby. However, it was too late and the baby girl, which was fully developed, died.”

A second media report of this same case also said that: “…the nurses discovered upon examining her that she had performed an illegal abortion with the use of a certain tablet. A caesarean section was immediately done on her to save the baby, but it was too late.”

Our original critique of this story pointed out a number of problems with it. Last week we received the following additional comment on this story from Beverly Winikoff, Gynuity Health Projects USA, who wrote:

There’s something really odd/wrong here. The way misoprostol works is to induce labour and expulsion (whether the pregnancy is full-term or not). To induce an abortion, this is usually done at such a premature date that there is no chance of survival of the embryo/fetus. But it looks as if this woman did NOT have an expulsion. The hospital said they did a caesarean section in an attempt to save the baby. Therefore: (1) The woman had not had an abortion. (2) The fetus had died in utero. With misoprostol use for labour induction at term, the delivered fetus is usually alive (unless something else has gone wrong). So, something is wildly off in this “history”.

We share this now because it speaks to a series of similar cases – the case of Teodora in El Salvador who was just released from prison, which we reported on 13 February 2018, and three others that have been reported in Rewire from the USA, all of whom were black women who were indicted for murder when their pregnancies ended in stillbirth. These cases were as follows:

A woman named Nina Buckhalter from Mississippi had a pregnancy that ended in a stillbirth; she was arrested in 2010 because of alleged drug use during her pregnancy. The chargers against her were later dismissed by a state circuit court and upheld when challenged by the state supreme court in 2013.

Rennie Gibbs, another Mississippi woman whose pregnancy ended with a stillbirth, was indicted by a grand jury. Trace amounts of cocaine were found in the baby’s system, but no cocaine was found in the baby’s blood. That was not why the baby died. It was far more likely, experts who examined the evidence concluded, that the cause of death was the umbilical cord wrapped around the baby’s neck. Relying in part on the precedent set by the Buckhalter case, the charges against Gibbs were dismissed in 2014.

A woman named Latice Fisher, a mother of three, was charged in January 2018 with second-degree murder under the same criminal statute as Rennie Gibbs after a home birth. Prosecutors claim she caused the death of the newborn. She pleaded not guilty, but remains in custody. Her case is due to be heard in April.

In this last case, the documents were filed by prosecutors as part of a request to retain the services of a toxicologist and a specialist in fetal medicine and obstetrics to determine the effects of misoprostol on a late-stage pregnancy and to testify about how the “use of the abortion pill” during a late-stage pregnancy affected the fetus. Prosecutors claim that Fisher told investigators she “didn’t want any more kids, that she couldn’t afford any more kids, and that she simply couldn’t deal with being pregnant again”. Prosecutors who reviewed Fisher’s cell phone data say they found internet searches for terms including “buy abortion pills.”

Dr. Leah Torres, a Utah-based obstetrician-gynaecologist, who provides abortion and reproductive health care, told Rewire that the case appeared to be “wrought with invasion of privacy,” and expressed concerns with conclusions made by prosecutors. “Using the ‘abortion pill’ most likely would not have caused in utero death,” she said. “Using [misoprostol] most likely would have cause[d] labour to begin, and fetuses can die during labour if not monitored.”

According to the documents, emergency medical technicians responded to an emergency call in April 2017. They arrived at Fisher’s home and found the fetus in the toilet “covered with feces and blood” with the umbilical cord attached. They removed the baby from the toilet and estimated it to be more than 35 weeks gestation, and that it weighed approximately six pounds.” The baby had no heartbeat and was blue.

The autopsy concluded that there was “no identifiable evidence of external or internal traumatic injury” that would have contributed to the death, and that the baby died due to “asphyxiation, mostly likely due to a combination of positional asphyxia and mechanical asphyxia.”

“The baby may very well have died during the labor process, before it was delivered outside of her body,” Torres said. “Laboring in a hospital is safer than laboring at home for this very reason, yet we don’t arrest midwives when they bring in patients with dead fetuses who were laboring at home.”

The American College of Obstetricians and Gynecologists (ACOG) this year published a statement opposing the criminalization of self-induced abortion and the prosecution of a person for conduct alleged to have harmed their fetus.