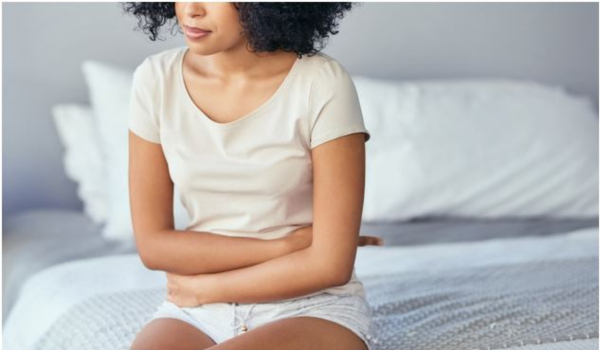 People have the same dream every night. Some have the same song in their heads. Others have memories that come back to them every time they go to certain places. My thing is the cause of women. When I read the paper. When I talk about society in the evening or during a debate. It’s not a job because I’m not paid for it. It is not a fad. Nor is it a hobby. This is a humanist cause, humanitarian, I would say. Feminism is not a dirty word. It must be universal even if, depending on where and the social situation, we cannot approach it in the same way. The situation of women in France, Morocco and Pakistan cannot be compared, but in each country progress is desirable.

So let’s talk about one of the major social problems in Morocco: abortion. It’s not the only one, but few people want to talk about it, so I’ll be one of them. Abortion has existed since the dawn of time and is found in the first medical treatises detailing which plant or technique it was appropriate to use at  that time. This is a significant problem. There are 600–800 safe abortions and 200 unsafe medical abortions each day here, according to WHO, i.e. between 292,000 and 365,000 abortions a year…

Why so many? Seduced, a woman who becomes pregnant – after abandoning herself to a man before marriage and then discovers he will not respect his commitments – can very often not keep the child in the eyes of Moroccan society. Bastards, like their mothers, unfortunately do not have an easy life here. To this is added the case of raped women. And yes, without consent, there is talk of rape, even when accusing the victim of having dared to wear a miniskirt or a bright colour… Nightclub outings just for fun or secretaries acting as an outlet for the boss or the boss’s son before being sacked, to their dismay, and the panic wins. There are also many women agreeing to perform their conjugal duty without pleasure, in the hope that their husband will not seek comfort in the arms of a younger one or will not squander the household money with prostitutes. They do not have access to contraceptives, through lack of education or financial independence, but they know that an extra mouth to feed will put the whole family at risk. Some live with men from the working classes who simply refuse to allow any form of contraception… but do not want to imagine how they will feed or educate the child. I do not mention the case of prostitutes who lose their means of work – their bodies – and who, according to some, do not exist in Morocco, although we can find them at every corner and at night.

All these women who ultimately choose abortion, who have borrowed left and right the money necessary for their survival. Arriving head down in public or private clinics that charge the cost of the forbidden. Returning home as soon as possible to moan alone, without witnesses, deep in their bed, hoping that no post-operative complication will endanger their lives. Hoping that no one they meet on the way or on the landing will have understood their pain from their gait or guess from their face what they have just done. They find themselves alone with their desperation, convinced it was the only thing to do, without being able to share or obtain support during the ordeal. The picture is very bleak and shows my Morocco as a medieval country. A cruel reality that no tourist can imagine and that most Moroccan men ignore superbly, even if they are part of the equation.

So, unless all these realities are changed, abortions will continue to take place legally or not in Morocco, in these deplorable physical, psychological and material conditions. There are two possible solutions. Either we implement abortion legislation that no longer allows doctors to take advantage of women, that does not force supportive doctors to act illegally, to stop filling orphanages or our streets. with abandoned children – and provide abortions in the best conditions of hygiene and safety. Or we continue to deny this problem indefinitely so as not to offend the most conservative parts of society, which simply deny the problem or think that abortion is immoral.

I do not want to try to convince anyone of women’s right to freely dispose of their bodies. I also do not want to discuss respect for the life of a cluster of cells, up to what point or according to which ethical or religious criterion it may or may not be aborted. I am simply saying that it is a matter of society, and that the State is supposed to treat it, even against the advice of its constituents, for the good of all from all.

In this case, the fight of Dr Chraïbi seems salutary to me and I thank him for that. Here is a man who fights for women, against all. And that costs him. But he is fighting against leaders who, despite instructions from the highest level dating back to 2015, want to perpetuate an archaic society or are afraid to put themselves at risk in an election. The last exchange on this subject, dated April 2018, postpones the reform of the current legislation on abortion until a hypothetical modification of the entire penal code, which will certainly not happen before the elections of 2021, so as not to offend the electorate. In the meantime, we will have lived six more years without change, between 1,752,000 and 2,190,000 abortions later, we will perhaps address this problem and try to answer it. My Morocco would no longer bend the knee to an imagined vision of its past. The Umma should no longer be a myth but adapt to the reality of the time. The democracy we are selling must serve the public good, not the electorate. It is necessary that the cause of women or, failing that as the reason, that the public health, should finally be worthy of a civilised country, and that one finally dares to speak about the real problems of our society, even to those who want to see nothing.