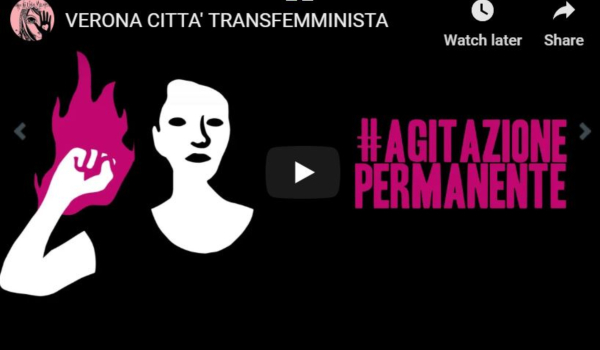 National and international women’s and feminists’ associations are organising three days of activism in Verona, Italy, in opposition to the 2019 World Congress of Families, which is the world’s biggest gathering of international anti-abortion and anti-LGBT rights activists and their political allies.

In 2018, Verona’s local council passed a municipal motion “to prevent abortion” and allow public money to fund anti-abortion groups and dissuade women from ending pregnancies. Italy’s interior minister and deputy premier Matteo Salvini, from the far right Lega party, is among several senior politicians expected to attend. The Congress represents a terrible attack at women’s and LGBT rights in a period in which Italy is suffering racism and sexism in general and NGOs and CSOs are discredited.

The organisers of the feminist event, which will take place on 28-31 March, say: “As Non Una di Meno Verona, a movement which cooperates with many pro-choice and pro-human-rights associations of the Italian civil society, and dialogues with anti-fascist political groups, we are working to make Verona a Trans-feminist City during those days: a city-community that will get together to stand up against hate, and in support of women, homosexual, transsexual and everybody’s rights.

“Let’s build together a city in which inclusion, self-determination, diversity and solidarity will be fundamental values at the core of a secular and plural society. All over the city we’re organising scattered events, workshops and seminars about women’s and LGBTI+’s rights, about school and education issues.”