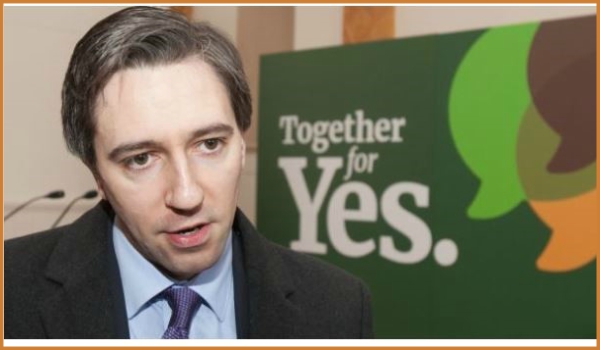 Ireland is in the midst of a media storm in which something is published pretty much every day on abortion, featuring every politician in the country and many others with an opinion that have to air. Taken together it is a real political education in what our movement faces when trying to support law reform.

On 27 March, a headline offered: “Six things to know about the abortion bill” and featured Irish Minister for Health Simon Harris, who outlined the main provisions of his proposed abortion bill, if the referendum on whether to repeal the Eighth Amendment is passed. But the bureaucracy he has inserted accompanying each clause sounds like a torture chamber with the woman or girl having to jump through endless hoops to finally reach an abortion. These are:

> The early pregnancy clause would allow abortion on request up to 12 weeks, mainly for the sake of covering abortion arising from rape and incest. But in such cases, a medical practitioner would have to certify that he/she is of the reasonable opinion, formed in good faith, that the pregnancy concerned has not exceeded 12 weeks. A period of 72 hours would have to elapse between certification and the termination being carried out.

The rest, equally long and tedious, covered: risk to health in an emergency; conditions likely to lead to the death of the fetus; offences (anything not covered in the law); and other issues such as consent and conscientious objection.

The next day one article wasn’t kidding when its headline claimed: “Government to seek limits on future abortion reform”. The story was that the coalition government has insisted it will introduce additional safeguards “above and beyond” the normal legislative process to minimise the possibility of future changes to abortion laws. The exact nature of the safeguards has not yet been decided but it is said they may require the establishment of yet another parliamentary committee or a new citizens’ assembly.

Also on 28 March, Deputy Prime Minister Simon Coveney was found to be agonising about where he stands on abortion, which the article claimed was helping both “sides” to recognise how they are vacillating, described as being in the middle ground. This is looking like yet another set of stories about men, men, men, going on about abortion. By the end of the story, he was supporting abortion on request up to 12 weeks, with Simon Harris’ endless restriction laid on, most probably.

And it seems Simon Harris is more liberal than Coveney. He rejects Coveney’s claim that women seeking abortion must have an ultrasound scan after nine weeks of pregnancy. Simon Harris thinks it should be based on the doctor’s discretion. Neither seems to know that WHO says it does not need to be routine at all.

Also on 28 March, in an attempt to insert some humour into the situation, journalist Miriam Lord writes that the upper house of the Irish parliament has finally agreed the referendum can take place on 25 May. What a relief, she reports: “There are only so many times a person can hear a Senator or a TD earnestly declare that they were, indeed, born. We’ve all been there. Because if we hadn’t been born, where would we be today?”

She continues: “On Tuesday night, one Senator, for the sake of completeness, helpfully pointed out to everyone that they started life as part of a pregnancy before being born – whether they liked it or not.” Simon Harris, in the photo with this article, is frowning. But give him credit, he reminds everyone of all sorts of dire predictions in the past by the same “vote no” crowd – on allowing divorce and children’s rights, for example – that never came to pass. 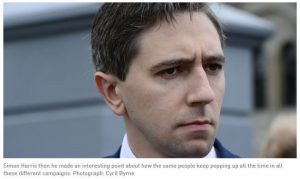 And then there is journalist Fintan O’Toole, who writes a wonderful diatribe about the “Abortion fake-news firestorm heading our way”, in which he asks why the anti-abortion Save the 8th campaign need to bring in the person who ran the Brexit operation, one of the most successful campaigns of digital persuasion yet seen, and who is right at the heart of the Trump-Mercer-Brexit data-manipulation nexus?

Perhaps the Irish Times needs to take a page from women in Poland and get men talking about problems with their erections, and publish more articles with women’s views on abortion that address the reality of the experience and the kinds of services they actually need.