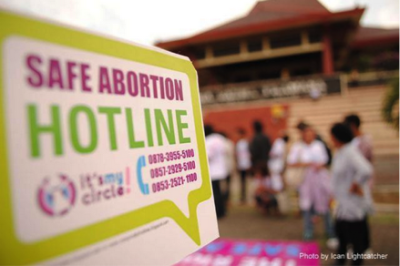 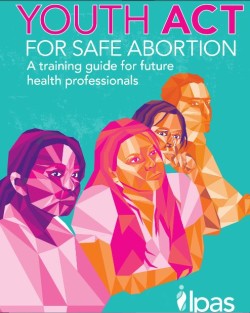 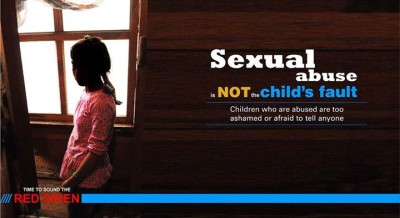 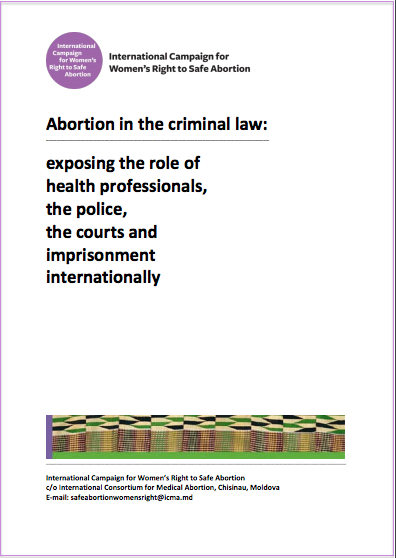 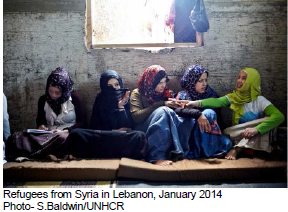 Disseminate information on safe abortion for women and adolescent girls

Develop innovative ways of providing accurate and easily understandable information about safe abortion to women and adolescent girls in your country. Disseminate it widely. Use visuals as well as text.

Campaign for training for nurses, midwives and other qualified providers to make first trimester abortion methods available at primary care and at community level.

Campaign for training for doctors in the use of vacuum aspiration and medical abortion for second trimester abortions, so as to replace their use of D&C, which has not been a recommended abortion method for many years.

Campaign for safe abortion methods to be available and accessible

Campaign for the WHO-recommended methods of vacuum aspiration and medical abortion to be available in your country for safe abortions and post-abortion care, for both first and second trimester abortions.

Carry out research on the extent of sexual abuse and involuntary pregnancy among girls aged 8-14.

Evidence of such abuse is being uncovered in a growing number of countries; start a campaign to make people aware it is occurring and must be stopped. Work with children’s rights groups on this.

There is less information about the extent of pregnancy among these children, and almost nothing is known about whether abortion is provided when requested, probably by their mothers.

Start an awareness campaign both about the extent of abuse, and the fact of pregnancy occurring even in girls as young as age 8-10, given early menarche, and campaign for their right to access safe abortion as an emergency obstetric procedure: to protect their lives and to avoid forcing too-early motherhood on them.

Carry out research on whether women or providers have been reported to the police, arrested, put on trial and imprisoned for having abortions and/or providing safe abortion in the past two years.

Start a campaign for an end to trials and imprisonment for safe abortion.

Campaign for displaced, migrant, and refugee women and girls to have a right to safe abortion

Carry out research on whether the means to have a safe abortion are available to displaced, migrant, and refugee women and girls, especially but not only those who have been raped or sexually abused in conflict situations and camps. All women have a precarious existence in these settings and safe abortion should be available to protect their mental and physical health and any existing children they may have.

If safe abortion is not available, start a campaign to make it available alongside contraception as a matter of urgency.