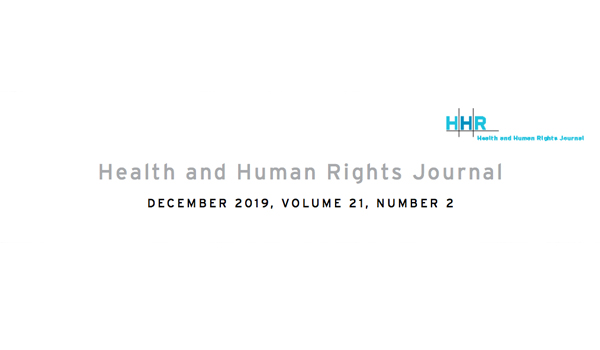 From the Editor, Carmel Williams:

“I am delighted to let you know that as part of our Human Rights Day celebrations, we have just published the December 2019 issue of the Health and Human Rights Journal. We have plenty of reason to celebrate this issue – it marks our 25th year of publishing since Jonathan Mann launched the Journal in 1994.”

The issue has two special sections on abortion:

1. Special Section: Abortion in the Middle East and North Africa

EDITORIAL The limits of the law: Abortion in the Middle East and North Africa

The politicization of abortion and Hippocratic disobedience in Islamist Sudan

Moral work and the construction of abortion networks: women’s access to safe abortion in Lebanon

Neoliberal health restructuring, neoconservatism and the limits of law: erosion of  reproductive rights in Turkey

The right to abortion in Tunisia after the revolution of 2011: legal, medical, and social arrangements as seen through seven abortion stories

EDITORIAL Progress towards decriminalization of abortion and universal access to safe abortions: national trends and strategies

Eliminating abortion from criminal law: a just cause

From the grassroots to the Oireachtas: abortion law reform in the Republic of Ireland

Abortion in Chile: the long road to legalization and its slow implementation

Midwives and post-abortion care in Gabon: “Things have really changed”

They are girls, not mothers: the violence of forcing motherhood on young girls in Latin America

Preventing state harassment of abortion providers: the work of the Legal Support Network in Latin America and East Africa

Denial of safe abortion to survivors of rape in India