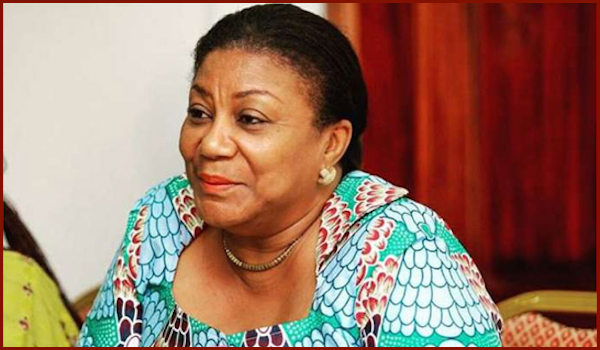 The First Lady of Ghana, Mrs Rebecca Akufo-Addo, called for a concerted effort by family, community, educationists, health professionals and religious leaders in Africa to address adolescent reproductive health in Africa. She made the call at the 19th General Assembly of the Organisation of African First Ladies Against HIV/AIDS (OAFLA) organised on the sidelines of the 29th African Union (AU) summit.

Adolescent reproductive health education, she said, had become necessary due to the fact that the family and community, which traditionally were the primary institutions for socialisation, were inhibited by cultural taboos or ignorance in respect of educating the youth about their sexual and reproductive health (SRH) and rights.

In many parts of Africa, including Ghana, she said adolescents were often ill-informed and ignorant of their rights, adding that often, they also lacked access to youth-friendly SRH services. Even where services are available, there are barriers which made it difficult for adolescents to access them.

Such lack of knowledge, she said, often made the youth vulnerable and prone to practices which resulted in unsafe abortion, child marriages, sexually transmitted infections and unintended pregnancies.

Ghana has undertaken some initiatives to deal with the challenge. These include the launch of the United Continental ‘‘All In’’ Campaign which aims at finding solutions to end adolescent AIDS and promotion of the involvement of adolescents in decision making regarding their SRH and rights and the revision of the National Adolescent Reproductive Health Policy, leading to an improvement in access to user-friendly clinics.

Acting Executive Director of United Nations Population Fund (UNFPA), Ms Natalia Kanem called on the first ladies to work hand in hand with traditional leaders, religious bodies and communities to provide adequate and accurate information to the youth, saying 60 per cent of the population in Africa were under 25 years, with those between 10 to 19 forming 70 per cent, hence the need to target them early.

The World Health Organisation (WHO) African Regional Director, Dr Matshidiso Moeti, called for more resources to be committed to the area of health, saying the health systems in Africa were under-funded, a situation which she said left a lot of adolescents with little access to health services.