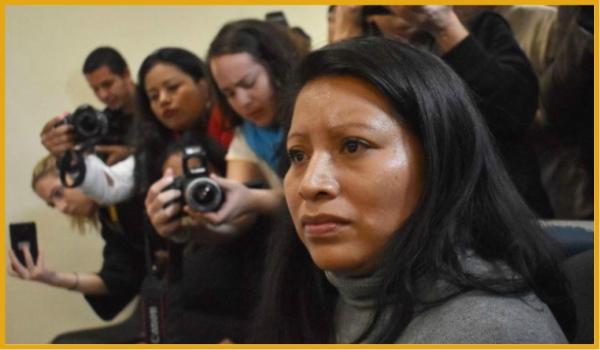 A woman in El Salvador who has an abortion, a stillbirth, or a miscarriage can face up to 50 years in prison, charged with aggravated homicide by police and a judiciary who do not seem to see any difference between these three outcomes of pregnancy.

Teodora Vasquez, age 37, has served ten years out of a total 30-year prison sentence, charged with aggravated murder. Vasquez suffered a stillbirth in July 2007 during her ninth month of pregnancy. She called an ambulance after experiencing strong abdominal pain but fell unconscious due to the pain. When she woke up, she discovered that her baby had died. Police accused her of inducing a miscarriage.

Those implementing El Salvador’s anti-abortion laws make no exceptions – they disregard whether pregnancy is the outcome of rape or if it poses medical risks for the woman. The maximum sentence for illegal abortion is eight years. However, a woman who has an abortion or a miscarriage can face up to 50 years in prison by being charged with “aggravated homicide”.

The Citizens Group for the Decriminalisation of Abortion is supporting Vasquez’s appeal. She is one of 27 women currently serving up to 30 years in prison for having a miscarriage. Her defence in the appeal included forensic testimony by three medical experts, who concluded that the original autopsy had been inadequate. Her lawyer, Victor Hugo Mata, pointed out: “If someone is intending to kill their baby, they would not call [the emergency services] as Teodora did.”