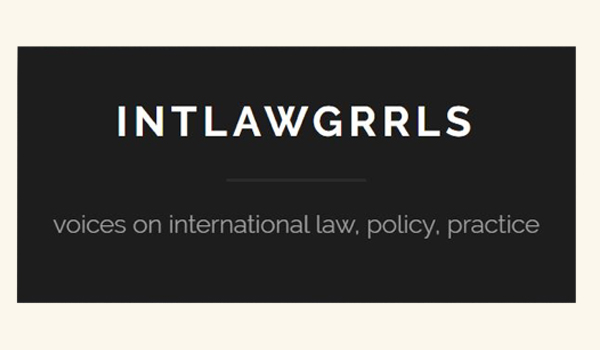 On 11 December 2019, the Colombian Constitutional Court issued an important decision recognising that women and girls who suffered forced contraception and forced abortion by their own armed groups should be recognized as ‘victims of armed conflict’. The decision is one of very few in the world to specifically recognise reproductive violence as a form of harm committed against women and girls in times of conflict. It thus sets an important legal precedent in recognising a form of gender-based violence that has long remained invisible. Although the full written decision has not yet been made available, a summary has been published. It is analysed here:

The case was brought by Women’s Link Worldwide on behalf of Helena (pseudonym), a young woman who had been forcibly recruited into the FARC at the age of 14. While with the FARC, she was forced to use contraception (injections) and forced to undergo an abortion when she became pregnant. She suffered significant and long-lasting health consequences as a result of the unsafe conditions in which these procedures were carried out. Continuing to suffer negative health consequences, Helena fled and was in hiding for many years until the peace deal with the government was signed. In 2017, she submitted an application to be recognised as a victim and to seek reparations under Colombia’s Law on Victims and Land Restitution (Law 1448). This law, adopted in 2011, recognizes victims of the armed conflict and confirms their rights to truth, justice and reparations. It includes provisions on the restitution of land and other reparations, and requires that special attention be paid to the needs of specific groups and communities, such as women, survivors of sexual violence, trade unionists, victims of forced displacement, and human rights defenders.

The agency charged with the registration of victims under this framework (UARIV) denied Helena’s claim for victim status. In doing so, UARIV relied upon an article in Law 1448 that denied victim status to members of illegal armed groups (Article 2(3)), and held that, in any case, Helena’s claim was submitted outside of applicable timelines set out in Law 1448. Helena was granted access to government-provided medical support, but her claims for recognition as a victim and for reparations under Law 1448 were dismissed in both first and second instance. She appealed her case to the Constitutional Court, who heard the matter in 2019, and issued this landmark decision at the end of last year. Her case was selected for review by the full panel of nine judges, illustrating the importance the Constitutional Court attached to the issues.

In its December 2019 decision, the Constitutional Court established that Helena was the victim of grave violations of her fundamental rights. They found that the lower court had failed to properly substantiate its decision by neither acknowledging the acts of forced abortion and forced displacement Helena suffered, nor by recognising that Helena’s specific circumstances constituted force majeure, preventing her from submitting an application within designated timelines….

– that the decision by UARIV not to include Helena in the Register of Victims be declared void;

that within 10 days of the date of its decision, UARIV admit Helena to the Register of Victims on the basis of her having suffered forced recruitment as a child, sexual violence (including forced use of contraceptives and forced abortion), and forced displacement;

– that within 15 days of the date of its decision, UARIV reinstate the provision of psychosocial and medical assistance to Helena to address the emotional, mental health and physical effects of having suffered sexual violence;

– that in the provision of integral reparations to Helena, UARIV take a gender-sensitive approach to ensure her fundamental rights; and

– that the health services provide and guarantee access to Helena to immediate, comprehensive, gender-sensitive, specialised care for as long as necessary to address the physical and psychological consequences of the violations she suffered.

Significance of the decision

….This case establishes that ex-combatants who were forcibly recruited into illegal armed groups and suffered sexual violence, as well as reproductive violence, within those armed groups may seek victim status and thus have access to reparations under Law 1448 – a right they did not have before – regardless of the age at which they demobilised or fled….

This decision also sets important legal precedent in recognising that victims of sexual and reproductive violence within armed groups are victims of armed conflict. This follows earlier jurisprudence by the International Criminal Court in the Ntaganda case (here and here). The decision is also one of very few in the world to specifically recognise reproductive violence as a distinct form of harm committed against women and girls in times of conflict.

Reproductive violence is a widespread yet under-studied phenomenon that occurs in times of both conflict and of peace. It can have serious physical, mental, emotional and other consequences that persist long after the violence has occurred. It is a form of victimisation connected to but also different from sexual and other violence, due to the distinct harm it inflicts and the underlying value it is said to violate, i.e. reproductive autonomy….