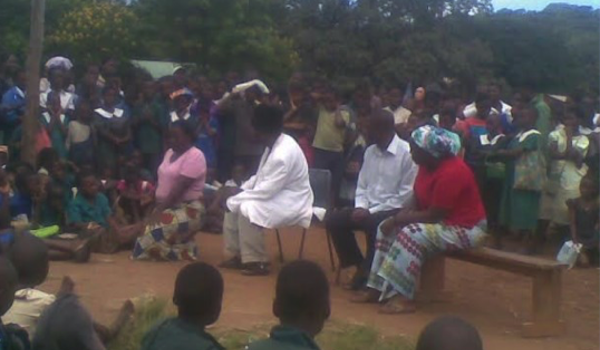 In April 2016, a team of actors working with the Coalition for the Prevention of Unsafe Abortion (COPUA) took an interactive theatre performance to the districts of Thyolo and Mulanje in Malawi to create awareness among the rural population, especially women, on the need to push for abortion law reform to make abortions safe.

It was revealed that economic and social constraints impact negatively on rural women, forcing them to seek unsafe abortions since they cannot afford to pay for maternity services or safe abortion services. According to COPUA, women in Malawi seek abortions due to poverty and inability to support more children; the desire of young girls to remain in school; extra-marital pregnancy; partner insistence and parental insistence. The organizations also revealed that women also abort after getting pregnant from prostitution and when the pregnancy is too close to the previous pregnancy and also pregnancy that is the result of defilement, rape or incest. Others abort to avoid being expelled from the Church or restrictions in work policies on maternity leave or restrictions in private medical insurance schemes and also when the relationship is abusive.

Meanwhile, the United Methodist Church in Malawi has reversed its long-term stance that women should be allowed to have abortions, following a General Conference they attended in the USA. Their argument was it was a mistake to place the life of the fetus in the hands of the pregnant woman as it would lead to a society that has no respect for human life, no norms or standards and would become dangerous and anarchic.

The Policy Advisor of the Coalition for the Prevention of Unsafe Abortion (COPUA), Luke Tembo, said that while COPUA respects the decision of UMC to withdraw their support for access to termination of pregnancy, COPUA finds their reason for this decision wanting.

He explained: “What we need to understand is that those of us who advocate for termination of pregnancy are also pro-life, the only difference is that we are more concerned with the life of a pregnant woman or girl. The moment we start forcing women and girls to carry their pregnancy to term, dismissing their reasons for wanting to terminate it, whether we like it or not, they usually find a way regardless of how dangerous it may be, to terminate that pregnancy and many end up with severe life threatening injuries while many other die.”