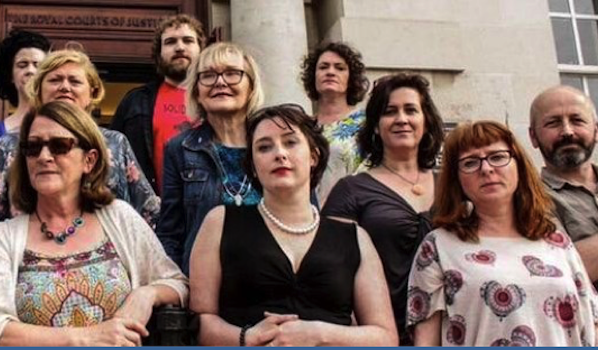 The Northern Ireland assembly may be dissolved this week and an election called, due to issues that have nothing to do with abortion. Although she may no longer be Health Minister if there is an election, the current Health Minister Michelle O’Neill said she would be unable to table a debate on abortion at this time. She said in the Belfast Telegraph: “I indicated previously that I would work with the justice minister to bring forward proposals in the new year for consideration by the (ministerial) executive, taking account of the findings of the Fatal Foetal Abnormality Working Group.”

The expert group was established by the NI assembly last year after a High Court judge ruled that a near total ban on abortion, including abortion for fatal fetal abnormality, in Northern Ireland breached human rights laws.

Also last week, the legal defence team in the third prosecution of a Northern Irish woman, aged 21 years, for self-using medical abortion pills, asked the court to withhold any identifying details about her as she would be at heightened risk of self-harm if her identity was made known, based on a history of three episodes of self-harm. This is the first case in Northern Ireland in which a woman’s partner, aged 22 years, is also being prosecuted for allegedly suppling the pills to her.

In another case that is pending, an application for a judicial review of their case, filed by the mother who purchased the pills for her adolescent daughter, the decision whether to grant the review is due soon.

The Belfast Telegraph apparently always talks about medical abortion pills as “poison” in articles about these prosecutions, using the outdated terminology in the 1861 Offences against the Person Act, the antiquated law under which all the prosecutions are taking place. In fact the pills are on the WHO Essential Medicines List. The Northern Ireland Alliance for Choice has written to the newspaper many times to protest this misnomer but they still use it. The law itself is also still being used to prosecute women across the UK and in many former British colonies, where it also remains on the statute books.