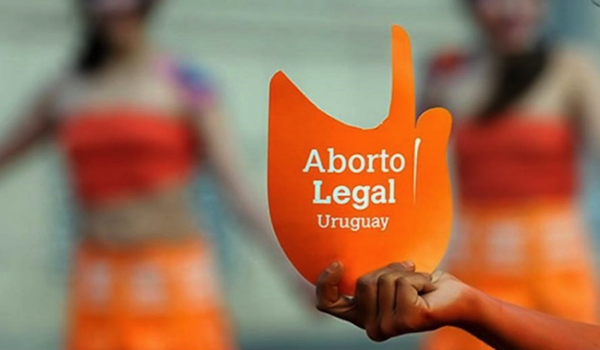 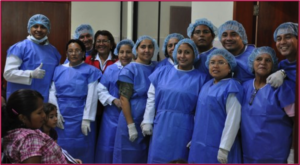 This newsletter summarises all the papers in this supplement, based on excerpts from the actual text, with permission from Anibal Faúndes. The full papers are available on an open access basis under a Creative Commons licence.

What can we do as gynecologists/obstetricians to reduce unsafe abortion and its consequences? The Uruguayan response

As health care professionals, we are often confronted with situations in which we feel powerless to deal with the suffering, illness, and death of individuals whose care is our responsibility, particularly in public health facilities. The most common reaction is to protest against the authorities that have failed to provide the necessary resources or to implement the measures required to rectify situations that penalize almost exclusively those most economically disadvantaged. These health problems and their consequent mortality have remained the same for decades, largely because the individuals suffering from them have neither the power nor the political influence to trigger changes that could improve their situation.

Unsafe abortion—with its dramatic consequences for the poorest and most helpless women in countries with restrictive abortion laws—is one of the clearest and most persistent examples of a severe problem that impels us to protest against the authorities that have failed to resolve it.

A small group of physicians from the Pereira Rossell Hospital in Montevideo, Uruguay, decided that they could no longer wait for an external solution… Those doctors decided to implement an original preventive intervention to resolve the problem… [T]hey had no resources, no adequate physical space, and no designated personnel for the task they were proposing to undertake… [but were] inspired by the wise words of Professor Mahmoud Fathalla when he invited all gynecologists and obstetricians to cease being part of the problem and start being part of the solution [1]—achieved what seemed a miracle, namely to reduce maternal deaths from abortion (the primary cause of maternal death in Uruguay at that time) practically to zero.

From risk and harm reduction to decriminalizing abortion: The Uruguayan model for women’s rights

Implementation of the risk and harm reduction strategy against unsafe abortion in Uruguay: From a university hospital to the entire country

The harm reduction model developed consisted of: a counselling visit for women considering terminating their pregnancy, in which information has been provided to her on how to do so safely with misoprostol, used in accordance with internationally recognized scientific evidence. The woman has an abortion without complications. She then uses a safe, effective contraceptive method suitable for her situation and which she herself has chosen. women follow two routes to the service: by direct word-of-mouth recommendation from other women, or by referral from primary care.

By 2004, there was already a clear decrease in the number of emergency visits to the hospital for abortion complications and in the number of maternal deaths for this reason. The model was gradually being replicated in other settings in Uruguay, but it was a very slow process. To offer these services to all Uruguayan women, the project called “Health Initiatives-Protect Uruguayan Women’s Lives and Health by Reducing Unsafe Abortion” was developed to be implemented in the period 2006–2010… The project was supported by a strong alliance with the Uruguayan Medical Union and the School of Medicine, and was co-managed with the Uruguayan Midwives Association.

The intervention consisted of: Generating awareness/training of the medical professionals and administrative personnel through workshops; courses targeting the professionals who are directly responsible for attending to women with an unwanted pregnancy giving priority to interdisciplinary teamwork; information targeting direct users and the community, while disseminating the risk and harm reduction strategy in academic and political spheres; and implementation of follow-up services for the women post-abortion. [Women would obtain and use the misoprostol at home on their own.]

A follow-up study in 2007-2009 found that 69% were less than 9 weeks pregnant and only 10% were over 12 weeks. 62% had terminated their pregnancy while 25% continued it. The rest were either not pregnant or had a miscarriage. Of the 729 users who returned for the post-abortion visit, 92.2%) used self-administered misoprostol. Of these, 93.7% suffered no complications and the others (6.3%) only had bleeding or infectious complications that were classified as mild that did not require hospital admission . Family planning counselling was given to 77.6% of the cases and 97.3% of these users started to use a modern contraceptive method (75.5% of those who had this visit)…

A study of the implementation of the law was carried out from December 2012 to December 2014. A total of 15 996 abortions were performed during the study period; only 1.2% were surgical and 98.8% were medical. Of the latter, only 3.4% required hospitalization. Less than half of the pregnancies were terminated up to 9 weeks of gestation and 54% were at 10–12 weeks in a sample from the Pereira Rossell Hospital. The rapid nationwide rollout of voluntary termination of pregnancy services to all women was possible to a large degree thanks to the availability and broad acceptance of medical abortion, facilitated by the prior experience in applying the risk and harm reduction strategy.

Conscientious objection as a barrier for implementing voluntary termination of pregnancy in Uruguay: Gynecologists’ attitudes and behavior

On July 10, 2008, the Law Defending the Right to Sexual and Reproductive Health (SRH) was approved, upholding the risk and harm reduction strategy, based on confidentiality and counseling before and after an abortion. SRH teams were formed around the country. In October 2012 the Voluntary Termination of Pregnancy Law 18.987 was passed. Article 11 of this law acknowledges the right of gynecologists and health personnel to conscientious objection.

The School of Medicine’s Academic Bioethics Unit published an article in 2015 clarifying lawful conscientious objection and what makes it different from deliberate defiance of the law through civil disobedience, closing with the statement that: “On the basis of what has been said, conscientious objection should be distinguished from civil disobedience, which is an attempt to undermine women’s independently taken decisions through lobbying by groups that seek to exert a heteronomous [i.e. externally imposed] power on individual moral consciences.”

In general, the institutions positioned themselves in favor of correct application of conscientious objection and the great majority of gynecologists followed this conduct. Small groups mounted a strong opposition. In one province all gynecologists declared themselves to be objectors. An administrative appeal filed by 18 gynecologists led to adjustments in some provisions of the VTP law. It was stipulated that conscientious objection can be claimed by professionals only during the period immediately before an abortion and for “performance” of the abortion itself, but neither at an earlier stage in the process, nor during the post-abortion period. The request that other staff (e.g. administrative staff) could claim conscientious objection was turned down. And it was made compulsory that conscientious objection must be presented through a written declaration. The creation of registers of objectors was also stipulated, to enable such institutions to know who the objectors are, so that they can organize their services accordingly. So far, however, this last change has not been implemented.

An evaluation of changes in maternal mortality rates in Uruguay over the past 25 years, their distribution by cause, and their temporal relationship with social changes and Human Development Index (HDI) indicators was carried out. Maternal mortality decreased significantly, mostly due to a reduction in the number of deaths from unsafe abortion, which was the principal cause of maternal mortality in the 1990s. In the past 10 years this reduction also coincides with a reduction in poverty and an improvement in the HDI.

Evolution of adolescent fertility after decriminalization of abortion in Montevideo, Uruguay

Descriptive analysis of abortion before and after decriminalization showed that there was no reduction in the period 2010 to 2014 in adolescent fertility, nor any changes in the distribution of births.

Legal termination of pregnancy as an opportunity for expanding post-abortion contraception: Experience at the Pereira Rossell Hospital, Montevideo, Uruguay

To determine to what extent women adopted a highly effective contraceptive method after a legal abortion, the data available during a period before and another period after liberalization of the abortion law were reviewed. The abstract states that data gathering was incomplete and reliable only during certain periods. There was an increase found in the proportion of women who returned for contraception and in the proportion who used any method and long-acting methods. However, no contraception was administered immediately after abortion and only 16% of all women treated started to use a long-acting method during the period after the law was liberalized. The authors conclude that this particular objective of the harm reduction model was not being achieved and call for immediate reforms in post-abortion contraception services. Importantly, however, they also found that the post-abortion visit rate was very low – barely 1 out of every 3 women returned.

A replication of the Uruguayan model in the province of Buenos Aires, Argentina, as a public policy for reducing abortion-related maternal mortality

Despite an initiative to provide sexual and reproductive health services, and the improvement of other health indicators, maternal mortality continued to increase in the Province of Buenos Aires until 2010. Abortion was the first or second cause of maternal death in Argentina during those years, and poor women were and still are those who suffer the consequences of the lack of access to safe abortion.

The Uruguayan risk reduction model was successfully applied in primary care in the Province of Buenos Aires, which comprises 39% of Argentina’s population. Primary care services increased progressively, both for risk reduction and for legal termination of pregnancy, which was carried out successfully, including manual vacuum aspiration, by general physicians and midwives. The proportion of abortion-related maternal deaths with respect to total maternal deaths fell by two-thirds between 2010 and 2014 (p < 0.001).

The Supreme Court’s ruling in March 2012, defining the conditions for performing a pregnancy termination within the terms of the law, acted as a significant facilitator for this program implemented by the Province of Buenos Aires’ Ministry of Health.

The marked decrease in abortion-related maternal mortality has contributed considerably to obtaining political support for the programs that have been implemented, although it is not possible to credit this result to the work of a few primary health units alone. However, the fact is that in addition to the formal program that is being evaluated here, the risk and harm reduction strategy has become widely known and adopted in practice in the province’s primary health network, although no figures are available as to how many units are taking part or how many women are being treated.

The experience of the Province of Buenos Aires strongly suggest that the Uruguayan risk and harm reduction model applied to abortion can be replicated in other contexts, at least in the Latin American region. It also shows that, as happened in Uruguay, spending a number of years applying this strategy brings health professionals into contact with unplanned pregnancies and how women who decide to abort feel, making them more willing to provide pregnancy termination services to the full extent allowed by the law.

This experience also shows that the involvement of specialists from secondary or higher level centers, as was done in Uruguay, is not indispensable and general physicians and midwives can do the job equally well, motivated by their greater proximity to the women’s reality, particularly of the more vulnerable segments of the population. It is true that in Uruguay the nurses and midwives played an important role, but always with the support of the gynecologists, which was not common in the Province of Buenos Aires.

This primary care capacity was not limited to the risk and harm reduction strategy but was extended to all legal abortion services. The data show that most abortions can be dealt with at primary care level, given the low complexity of the procedures, whether medical abortion or manual vacuum aspiration (MVA), therefore reserving access to hospital care for patients with more complex complications