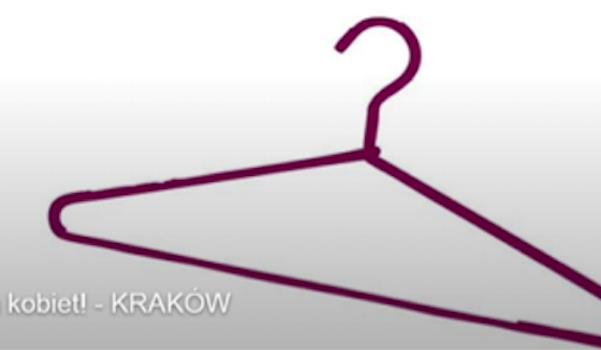 On behalf of the Federation for Women and Family Planning I would like to update you on the recent developments in Poland concerning reproductive rights. The current ruling party, Law and Justice, aims to redesign Polish democracy, re-establish, “traditional” and “Catholic” values and gain more independence from the European Union. The Catholic Church in Poland has many supporters within this Government. It opposes not only abortion but also in vitro fertilisation, emergency contraception, and sexuality education, and sees its main enemy in the word “gender”.

The “Stop Abortion” committee is aiming to submit a bill introducing a complete ban on abortion and create a new category of “prenatal murder” in the criminal code. The penalty would be 3–5 years prison for women, doctors and anyone helping a woman to have an abortion. Even if abortion is unintentional, the penalty will be up to 3 years. The courts will have the possibility to drop charges. In the rationale, the authors of the draft law quote the teachings of Polish Pope, John Paul II, and refer to the Polish constitution which grants legal protection to all human beings (without clarifying when human life begins). It also selectively quotes the UN Convention on the Rights of the Child, under which the right to life is considered to begin from birth. Additionally, they propose to replace the term “fetus” with “conceived child” where possible. The draft law fails to refer to the protection of women’s life, health and well-being in any way.

This initiative is currently awaiting a decision from the Marshall of the Sejm (Parliament) on whether it will be registered. If successful, the “Stop Abortion” committee will then have three months to collect 100,000 signatures to ensure the bill is debated. Polish Prime Minister, Beata Szydło, has said that she supports this initiative and “hopes for a reasonable voice on behalf of the Episcopate to ensure a substantive discussion”. On Sunday, 3 April, the statement of the Polish episcopate will be read aloud in all Catholic churches in Poland. The signatories to this document state that life begins from the moment of conception and ends with natural death. They will call upon all people, Parliamentarians and policymakers to ensure the legal protection of “unborn children”.

Moreover, the Polish Ministry of Health will reinstate the need to obtain a prescription for emergency contraception (ellaOne) in the near future, based on “concern for women’s well-being, especially that of the youngest women”. In 2015, thanks to a European Commission ruling, emergency contraception became available over the counter for all women over 15 years of age.

In the coming days, we will inform you of planned solidarity action and distribute a call for action among our international SRHR allies.

Demonstrations planned across the country for 3 April

A proposal to completely ban abortion was rejected by 206 to 178 by the Sejm in September 2015, but that was under the previous more socially liberal government.

Critics of the proposed anti-abortion bill say that it will lead to public health crises, undignified and excessive criminal investigations (targeting even women who miscarry), and an increase in illegal abortions. They called a demonstration 3 April in Krakow. To symbolise unsafe abortions, attendees were encouraged to carry a clothes hanger with placards. As of 2 April, nearly 3,000 people said they would attend the event on Facebook. The call to attend on Facebook is as follows:

“Today clothes hangers are used for hanging clothes. But once, helpless and desperate women reached for them to perform abortions. We must not allow these cruel and barbaric conditions to return. Members of the Polish Parliament want to torture women, condemning them to imprisonment, humiliation and death by criminalising abortion under any circumstances. They want to make Poland a hell in which prenatal tests are illegal and a woman who miscarries is questioned by a prosecutor. We cannot allow women to be deprived of their dignity. Join us this Sunday (3 April) at 14:00 at the Adam Mickiewicz monument to protest this new bill, which is even supported by the Prime Minister Beata Syzdlo. Bring coat hangers and placards. This will be a spontaneous gathering in direct response to recent reports and statements from the government. All the participants of the event are also the organisers.” (Translation courtesy of courtesy of Krakow Post)

Parallel demonstrations have been planned in 14 other cities under the banner of “Nie dla torturowania kobiet!” (“No to torturing women!”), organized by the feminist group Dziewuchy dziewuchom (roughly translated, Wenches to Wenches).