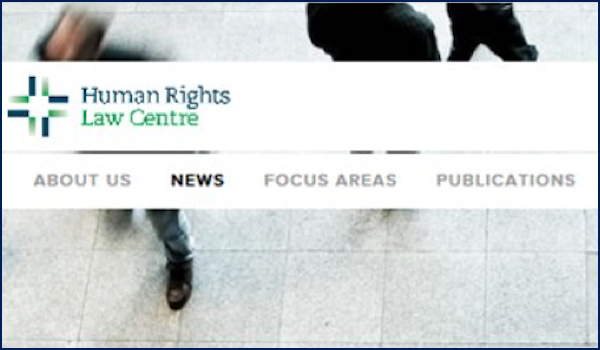 For the 28 May International Day of Action on Women’s Health, a coalition of legal, medical and community groups called on the Queensland Government to demonstrate a commitment to women’s health and refer abortion to the state’s Law Reform Commission.

May 28 signalled three months since the government had committed to making this referral, as a step towards fully decriminalising abortion in Queensland.

Emily Howie, Director of Advocacy, Human Rights Law Centre, said, “The law as it stands creates an unacceptable level of uncertainty for doctors and patients. We need to bring abortion laws out of the 19th century and into line with community expectation, current clinical practice, and common sense.”

Dr Fiona Mack, a GP who provides medication termination, said that the delays in reform have the most impact on vulnerable Queenslanders. “Some women face extraordinarily high barriers to abortion access, including people who are living with violence or poverty, and women with severe physical or mental health conditions who have been turned away from their public hospital while seeking abortion. This includes patients with cancer diagnoses and other serious physical health conditions which are severely impacted by pregnancy.”

Kate Marsh, director of Children by Choice, who provide financial assistance for abortion access, said many of the women needing this help are already very vulnerable. “Almost half the funds we provided for abortion access over the past three years went to women living with violence. Ten percent went to women whose pregnancies were the result of sexual assault. None of them could get a termination in their public hospital. And that is because of the law.”

Christina Jarron of the White Ribbon Australia said: “Credible research, medical and legal peak bodies, service providers, and around 80% of the Australian population don’t believe abortion should be a crime. It’s time to act.”